As most of the people who know me well know, I am not religious. I would probably define myself as one of the least religious individuals on this planet. However, sometimes, you just have to start wonder about the wonders of life, the “if I hadn’t been on that particular spot at that particular time”- moments, and what on earth you have done to deserve to be in such luck.

First a recap: So we had that snowstorm coming down on us as we approached SLC, there hadn’t been any good snow for ages, and then we had about 40 cm of fresh cold snow just like that, on the night we arrived. That is like the best birthday present ever (although admittedly a bit early). Then, we were clueless and drove up Big Cottonwood Canyon instead of Small Cottonwood Canyon and didn’t know at where to go, so we just pulled over at a parking lot where we saw other cars, and there were Katie and Justin. Then, we managed to exactly match there first decent as we were skinning up. We could have passed by 5 minutes earlier and never met again.. Then, the next day, we were late to the parking lot up in Alta and accidently parked next to Daniel Sundqvist’s car. If you have read my previous blog posts, you know that those two meetings revolutionized our visit in SLC, and, as it turned out, the meeting with Daniel really revolutionized our future skiing experiences as well. So now for the present (or the more recent past at least):

So we forgot to check if there were actually rooms available in Silverton. If we would have checked, I’m pretty sure that we would have gone to Montana instead of heading down south (and that would probably have been awesome as well, but anyway). We came in to a sunbaked Telluride, but then snow came and temperatures dropped, and we got to ride some of the best snow all season. In addition, our dear friend Daniel hooked us up with his good old friend Ken, who introduced us to his cool girlfriend Kristen, and they both told us everything we needed to know about the place AND made it possible to go up the lifts in a much more economical way than we would have managed to do on our own (well, to be honest, on our own, we wouldn’t have gone up those lifts at all). All of that was pretty damn awesome, but one of the most “What if”-moments occurred on Monday. We knew that there was another Swede in town, a mountain guide/sponsored athlete called Staffan who worked for the same company as Daniel and Ken. However, we thought that he was in Moab climbing so we didn’t make any effort trying to contact him. Anyway, due to my bad knee and since Kirsten and Ken made a great effort to help us to both find nice tracks and get a discount on the lift ticket, we decided to go side-country skiing on our last day in T-ride (those of you who know Martin can imagine the sacrifice that means… and yes, he was grumpy as hell as we went up the first lift, but I dare say that he got softer as the day progressed, but no, he didn’t surrender and still maintain that side country are for wimps). Anyway, after we had traversed away from the ski area from the top lift station, and started to transition to skin mode, I noticed that one of my dynafiddle bindings looked weird. The little spring keeping the heel plate in place had come loose. We probably stood there 15 minutes or so trying to fix it (ok, Martin tried to fix it, and made a really good job making the binding work without the spring. As usual, I was just watching. I have to do something about that girlie side of myself, but until I do, it is really good to have someone around who doesn’t have his thumb in the middle of his hands), and that made another group catch up with us. Naturally it was Staffan, and naturally, naturally, he invited us for dinner, wouldn’t you if you meet two strangers on a mountain? So we did our run and then met up with Staffan and his girlfriend, Johanna, and went up to the house, which they were housesitting. Did I say house? I meant, well, I don’t really know what I meant, there is just no word for it. I will just say this: 6000 square meters, with a bowling hall, a cinema and a hot tub with a view over the mountains. So you see, there are no words that can properly describe it.  So there we found ourselves, on our last night in Telluride, with some of the nicest people I have ever met, dozing off in a hot tub for a couple of hours, eating great food and just never wanting to leave. To say the least, it felt very sad to drive out of the town the day after…Oh, oh! I forgot, we got the ride the free gondola home over the mountain! Very cool indeed, it goes straight through Mountain Village, so we got a peak into a couple of peoples living rooms, and then dives down towards Telluride. Fantastic. So now I have been to Jackson, and after that, I tried to figure out a way of making a living there, then I went to SLC, and wanted to find a way to manage to live there, and now I keep finding myself trying to find ways to make a life in Telluride… Any suggestions are warmly welcome!

B.t.w. Staffan and Johanna both have blogs well worth a visit: The never ending tour, Johanna Feuk

Oh, right, I was supposed to write about failing body parts and PMD as well. But that is just so boring. My knee is of course fine. I’m just wining as usual making irrationally gloomy forecasts of the future. I called out to all my physician-friends on facebook and surely enough, I got excellent suggestions on tests I could do to diagnose my failing body. Martin got to play doctor and proved that my ACL was not broken but stretched and that I am just a whiner. Well, I couldn’t be a happier whiner. Since I also managed to find a knee brace with metal that keeps the knee from over bending, I am as good as new. Now all I need to worry about is my damn toe that refuses to heal. And the PMD, well, I guess it is just the mandatory Post Mountain Depression that always comes over me as I drive towards the flats. It will pass I sure, in good time.

I don’t think that it is too strange to get a bit of PMD though. I mean, who wouldn’t want to spend a lifetime in these mountains? 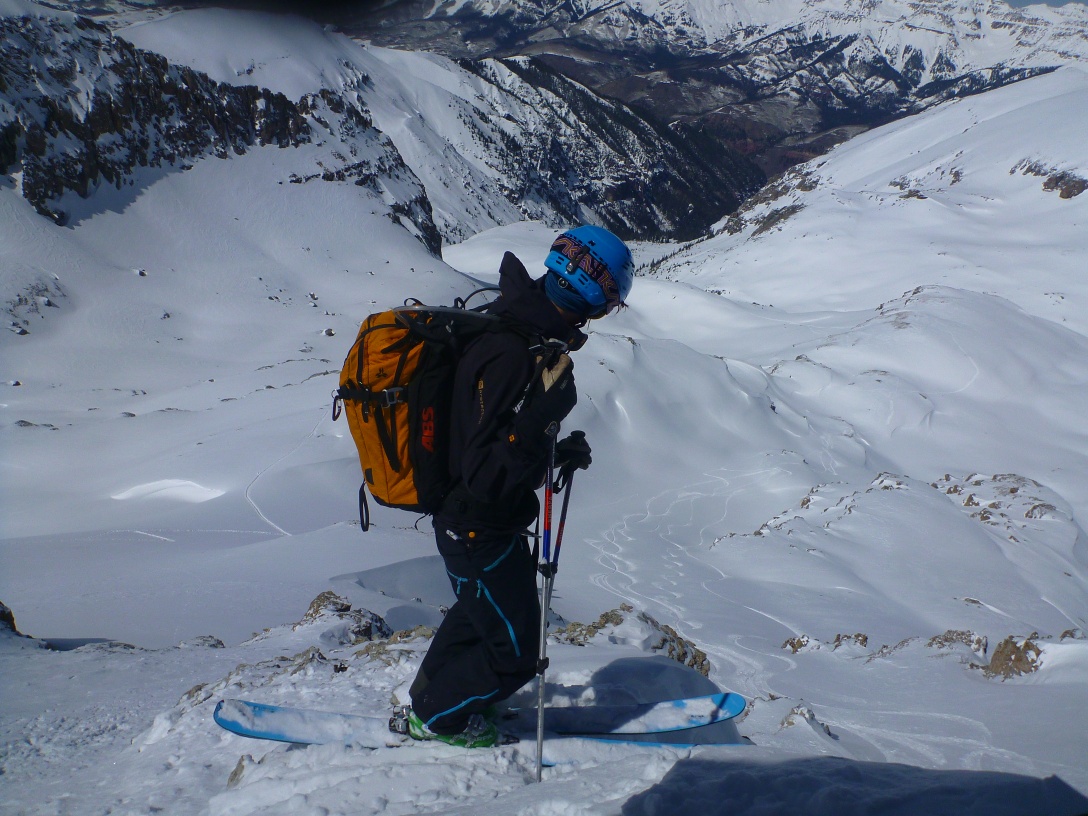 2 thoughts on “About great people (again), working and failing body parts, and PMD”