So now I have slept in Larry, Steve, and Ralf. Time for an evaluation:

Not fair at all, I know I know, but Larry was mine all mine and had the lardest ass in history, so he wins. But, hm, Larry was incapable of storing bikes underneith the bed, so then Ralf wins. Bah! And Larry didn’t contain Maria, and didn’t have curtains, so then Steve wins. Damn. But Larry still had the lardest ass. And it was the sweetest ass, so he still wins. And he gave you such a nice schwung as you travelled down the road. Ah, Larry…. Why did I have to leave you?

But this was not at all what I was going to write about. On Thursday morning (after an admittedly excellent night’s sleep in Ralf), I and Martin woke up to a sun drenched Gikan. It was a perfect day for a bike ride. This day, our mission was Graipesvare (1018 masl). 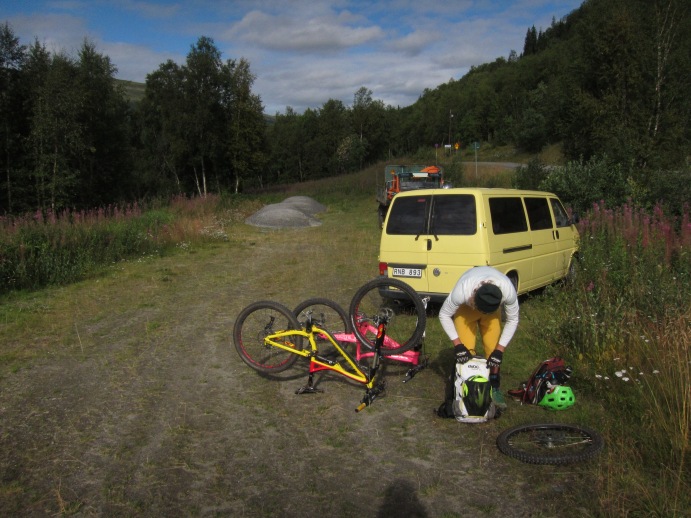 I have hiked up Graipesvare more times than I can remember. On almost every occasion, I’ve seen reindeers and almost never people. The Graipesvare trail is just one of those hidden diamonds that very few except those with a connection to Grundfors know about. The trail to the top is about 3 km and includes roughly 600 vertical meters gain in elevation. It starts with an efficient climb up through the forest, and then levels of onto a plateau as you reach the alpine terrain. 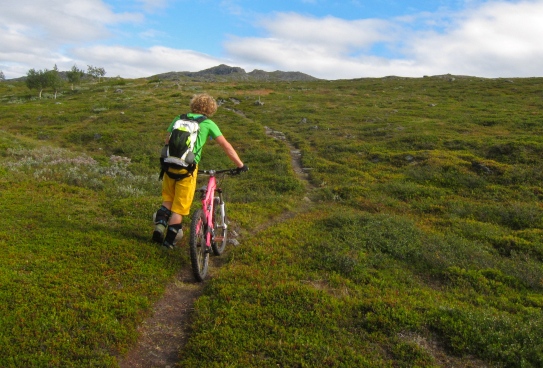 After the plateau, the trail gets steeper again, and towards the top it offers more of a carry-a-bike than a push-bike hike.

The last section to the top

The view from the crest before the top

Previously when I’ve hiked the Graipes trail, I’ve always just gone to the top, gazed at the view and then headed back the same way I came up. This time however, we chose to head down the ridge to the north and see what the nearby small tops had to offer. Turned out to be a very good choice. There is no proper trail going to the other tops, but although a bit challenging, most of the ridge is rideable and, yes, a whole lot of fun. 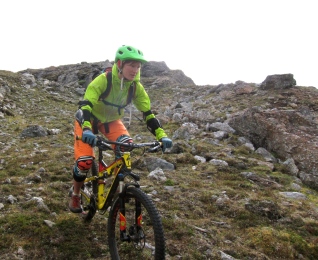 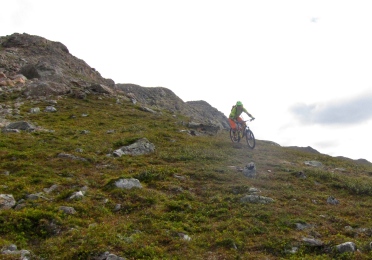 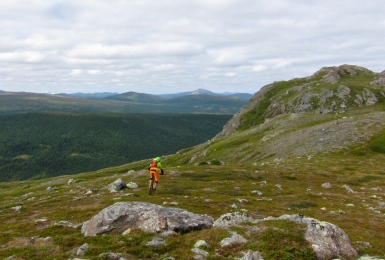 The small tops to the north (I have no clue what so ever what they are called) to a large extent consist of slick rock. Jump and play deluxe in other words. 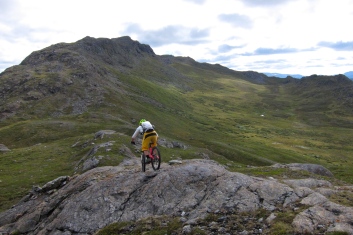 After a detour over another small mountain we reconnected with the Graipes trail again and started the descent to Grundfors. On the way down, I laughed so hard at the Wohoo!!:s comming from Martin, that nearly fell off my bike. Then, I did fall of my bike, into a creek, as I jammed it into a small bridge. 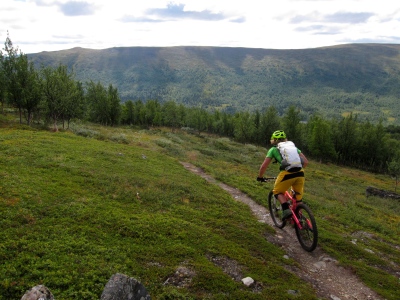 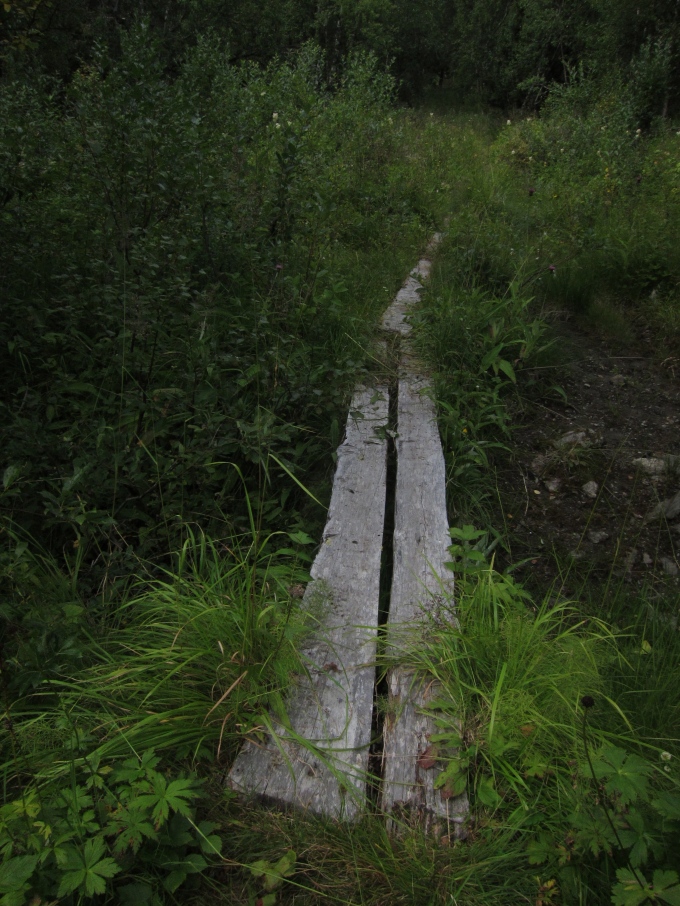 Luckily, that was at the very end of the trail, so I didn’t have to carry my mud covered ass very far. As we got back to Ralf, all that was left was the long drive back to the very flat coast line of Västerbotten.

On the way back, we stopped in Vilhelmina for dinner. In the US, you can always find excellent food by the side of the road. In Sweden… not so much. Vilhelmina is not as bad as Åsele (were you have to choose between half baked pizza with enormous amounts of awful cheese (almost american standard), and pre-fab hamburgers), but my experience is not great. This time, however, we stumbled over Helen’s Gårdsbutik & Café, and they offered Palt, with homemade lingonberry jam, a litre of full fat milk and coffee for 75 sek. It was completely amazing, and amazingly filling. As I saw Martin shoving the second palt into his mouth, I realized that I would have to drive the whole way home. No one with two palts of that size inside their stomach can drive a car safely.

One thought on “A trip to Mars with Ralf: Part II – Graipesvare”