I come from a family where Christmas is holy, not because of some child being born in a barn thousands of years ago, but coz, at the darkest time of the year, we all need some magic. Actually, in Sweden, Christmas is called “Jul” which has nothing at all to do with Jesus Christ. No one actually knows where the word comes from, but the Keltic celebration of the winter solstice is called Yule, so perhaps that’s it, I don’t know.

Anyway, my mom has always been a bit fanatic about Jul (she has even been on TV about it…). She has a calender, in which all the activities, like baking Lucia buns, ginger cookies, the graved salmon etc is marked. When I grew up, me and my sisters always slept in the same bed on the night between Dec 23rd and 24th (Jul IS the 24th in Sweden). When we had fallen asleep, my mother would first decorate the Christmas tree (julgranen), then decorate the Gingerbread house (with a shit ton of weird figures, like camels, horses, all kinds of people, cotton to represent snow etc etc), and spread glitter all over the house. Then she would climb up to the attic and bring down all our forgotten toys along with an old goat made of hay. She would then take the goat and put it, together with old the toys, in the room where we were sleeping. When we woke up, the first thing we saw was the goat and all those toys, who magically had come to life during that jule night. If that wasn’t all, the goat always brought small gifts to us. Then we would go down the stairs and stare in awe at the julegran and the gingerbread house, and all was well, and magical.

As I grew up, I of course started to think the tradition of sleeping in the same bed as my sisters was kind of silly. However, abandoning it was not appreciated. I remember the first year when I moved back from Stockholm to Umeå, and simply stated that I was going to sleep in my own apartment. It was as if the end of the world was at the horizon. My mother was devastated, and my younger sister (at the time 18 years old…) was just beyond. We settled the dispute by my sister sleeping at my place, in my bed. I remember waking up on Julafton, and for some reason going to check the door ( I really don’t remember why). Outside was, of course, the hay goat, some toys, and some small gifts. My mother had carried him (her?) over in the middle of the night….

Even now, I can still picture her, in her night gown, carrying that hay goat, that is so close to fall a part, on the snowy streets of Umeå, all smiles. A bit crazy, yes (well perhaps not just a bit), but I wish everyone had a mom like that, it is just great.

This year, as is perhaps not too unclear, I don’t celebrate X-mas with goats and glitter. Instead, I chose to go off to USA with Martin and see what X-mas is like on the other side of the Atlantic. Its been different, to say the least, and I would lie if I didn’t say that I’ve missed the snaps and all the weird traditions of my family, but it has nevertheless been great (even more so hearing that the rain has been pouring down back home in Umeå).

We started off with the day before Julafton, when I usually wonder around town in a frantic search for presents for my family, by going up 25 short in heavy snow fall. 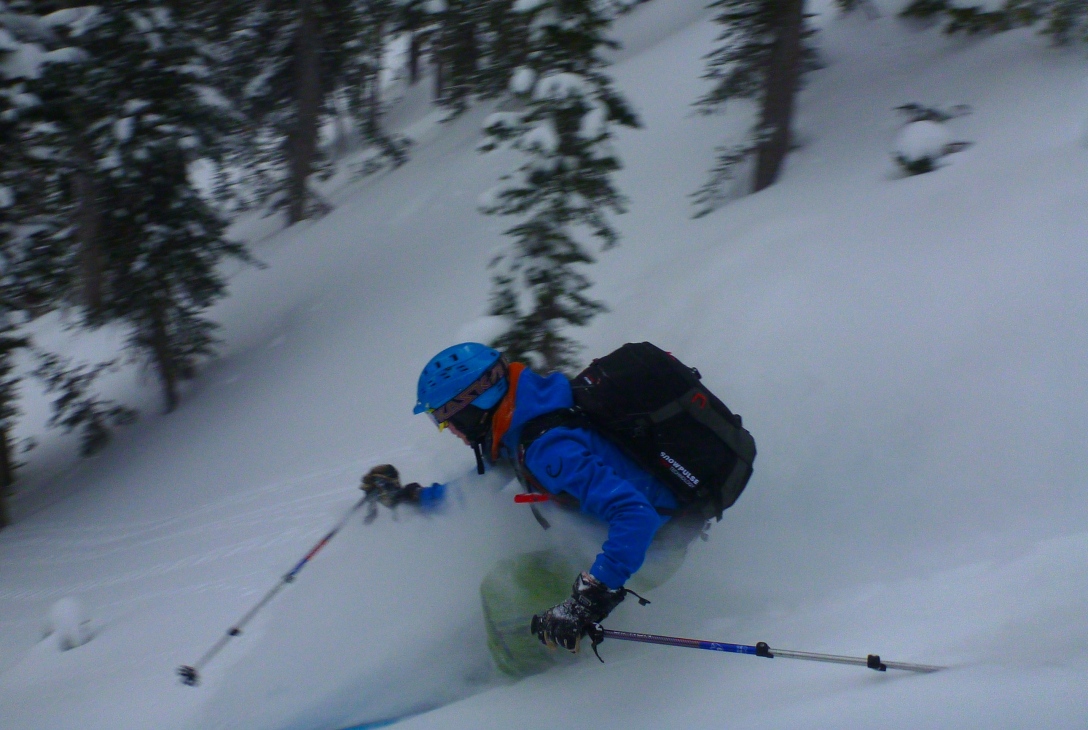 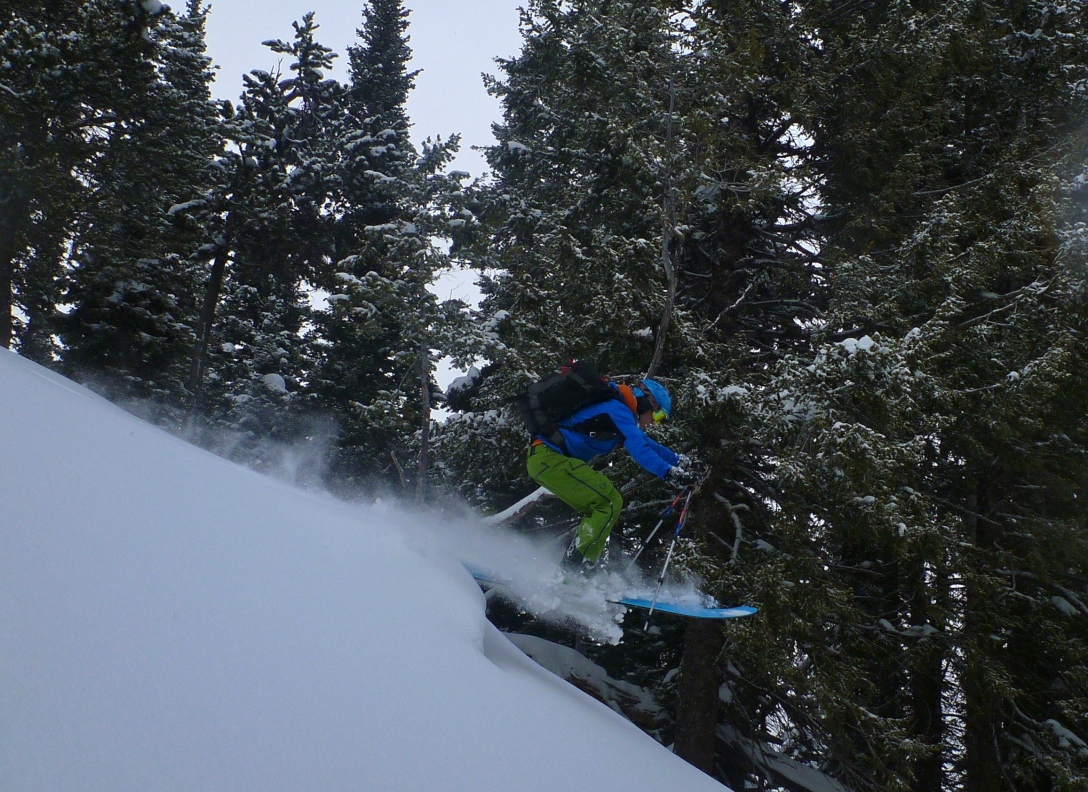 On the evening of dan före dopparedan (the day before the dipping day. I know, its weird, we dip hard (or soft) bread into boiling bouillon and eat with butter on X-mas), we fell asleep dreaming, not of Santa, but of that great white fluff that was gently falling down on the mountains.

We woke up to this: 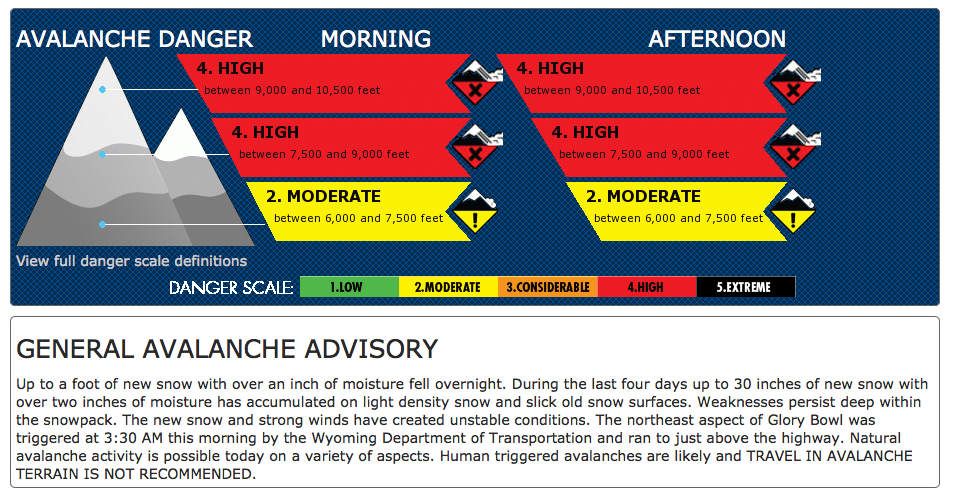 It wasn’t a dream come true.

Neither of us wanted to die in an avalanche on a Julafton, and neither of us wanted to sit inside a dark motel room on Christmas eve. We’d had our eye on Mavericks the day before, but with the current avi conditions, we chose to play it safe go back to 25 short. It turned out to be a very good decision. Conditions actually felt fairly stable, and we got to ski some of the best mellow 900 vertical meter tree skiing there is.

Of course, we finished the day with a traditional Swedish Julbord: Graved Salmon (home made!!), potatoes (ok, mashed, but I couldn’t find dill and the potatoes here are just so darn weird that we decided that fat was needed to make it eatable), sausage and Prosecco (not a Swedish tradition, but damn good).

Now, we’ll fall a sleep and dream of powder days to come. Merry Jul everyone!