The north Norwegian summer is over. It ended on August 26 when the first snow fell on altitude. Summer is never long up here in the far north, but this year it felt particularly short. The old snow did not even have the time to melt before the first snow fell, and Sweden’s highest mountain, which is covered by a glacier, actually grew with 4.5 meters over the past year…

It has been a short, and cold summer indeed. The ski season lasted way into June, and we didn’t even manage to go up to Fløya until June 29, because of all snow up there.

But, as some say, less is more. I am not sure that I agree since, as a fact, more is actually more, but anyway. Perhaps less is more, because in spite of its short visit, this summer hasn’t been half bad.

For one, Roland, our very non-charming camper Sharan, finally got to stretch his legs, and I finally got to ride with my favourite Bygsiljum crew, Maria Hedberg and Jacke Andersson, in Lofoten.

On July 9, the first (and one of very few) warm days of summer, we said good bye to work, packed up Roland, and headed south. On the way down, we couldn’t resist the temptation of a small detour. There are so many hidden gems up here just waiting to be explored. One of these places is the small island, Andørja.

Andørja is one of those places that makes it impossible to exhale. You just keep gasping for air to inhale the beauty. The island really has it all: tall mountains, deep fjords, and reminants of a never ending winter.

Andørja is also one of the places, which most mountainbikers still seem to have missed. We so no one on a full suspension bike during our visit. A positive side effect of that, is that we didn’t hear a single grunt when people saw our bikes, we just heard cheering, and suggestions on where to ride. But perhaps that says more about the mentality of Andørja, than of the lack of mountainbikers. In any case, it was very nice. With an emphasis on very.

Our main goal for our visit was the trail up the ridge Kråktindan, which leads up to Åtinden, 1008. That goal turned out to be a very good, and slightly challenging one to have.

On the way up the ridge, Martin made some new very cute friends.

We both agreed that they were mainly after his sweet King hub, because they did not care at all about me (I only have a Hope hub), and so there can’t be any other reasonable explanation.

We both also met a zillion of very un-cute non-friends. I have never before used my bike as a shield to protect my head from a black cloud of insects. It actually almost works. With emphasis on almost. 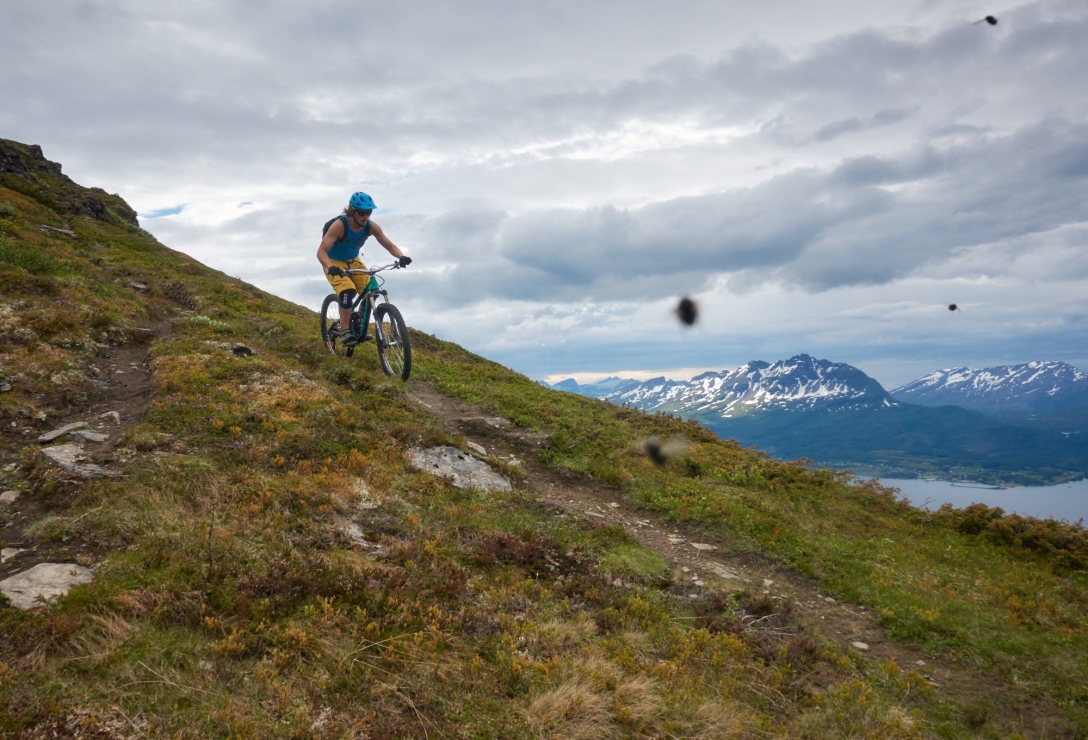 But the trail was nice. Very nice. I would even admit to say that it was extremely nice. Above treeline, the trail combined relatively flat sections, with exposed, rocky and steep sections – the kind of sections that first make your heart pump, and fly high when you nail them.

Below treeline, we got to experience the sheer joy of holding on for our dear life, all the way down to the fjord. 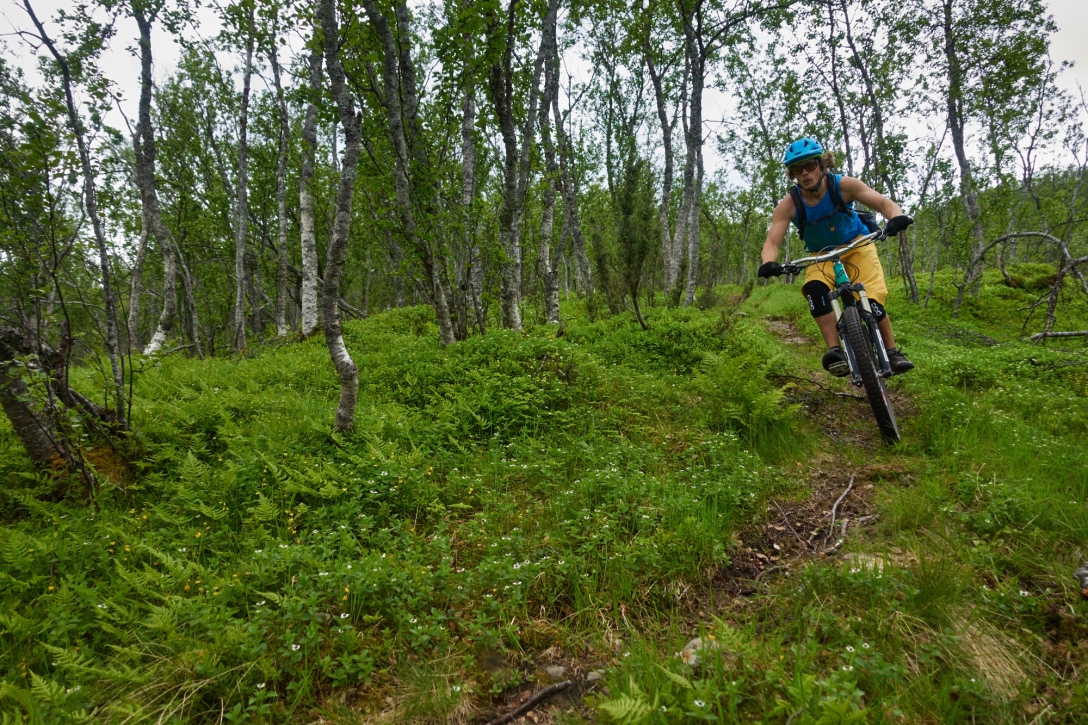 We both had grins that threatened to crack our heads open when we reached the end of the trail, and neither of us could feel our hands. What can I say, but “Awesome!” ? We of course celebrated with a swim (hrm, ok, a dip) in the fjord. I would guestimate that the temperature was about 13°C.

We left Andørja the same day to arrive in time to meet the Brady bunch in Flagstad, but we promised ourselves to return when the flies had died. That place, and the neighboring island Rolla, is a jar full of candy!

We drove into Lofoten in pouring rain and strong winds, in other words in Norwegian weather. As we made our way down on the windling roads, however, the sky cleared and showed us the madness, which is called Lofoten. 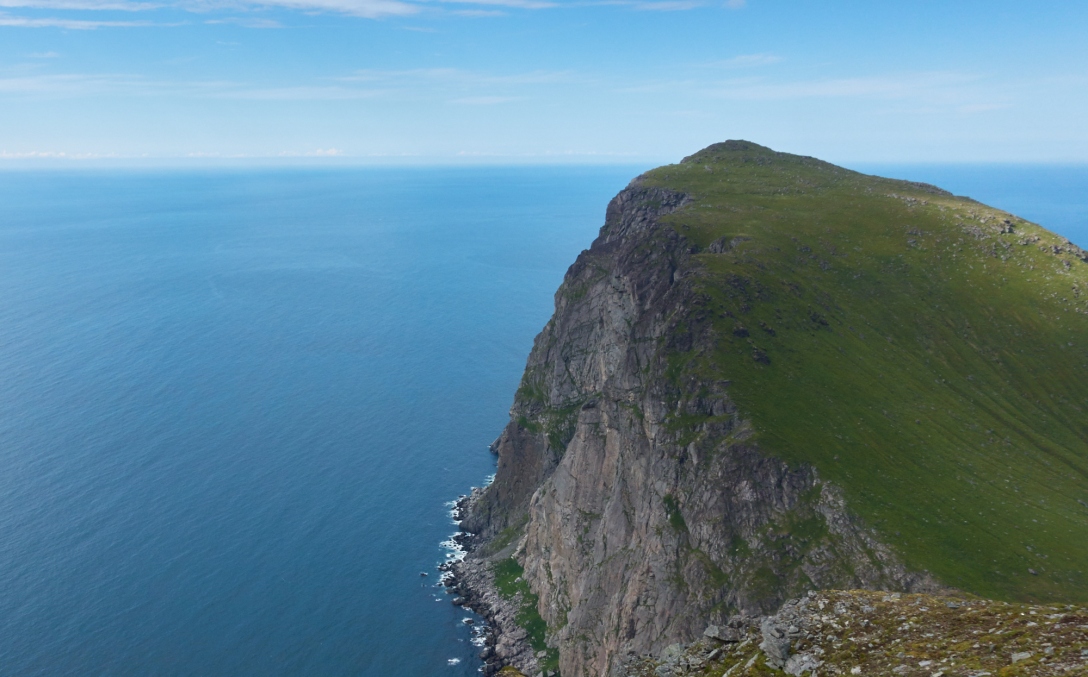 We rolled into Flagstad just in time for an afternoon ride on Ryten with the Swedish crew. Happiness on a mountain!

Ryten turned out to be as mind blowingly beautiful as the rest of Lofoten.

The trail down the mountain turned out to be fast and flowy at the top, and death or glory at the bottom. 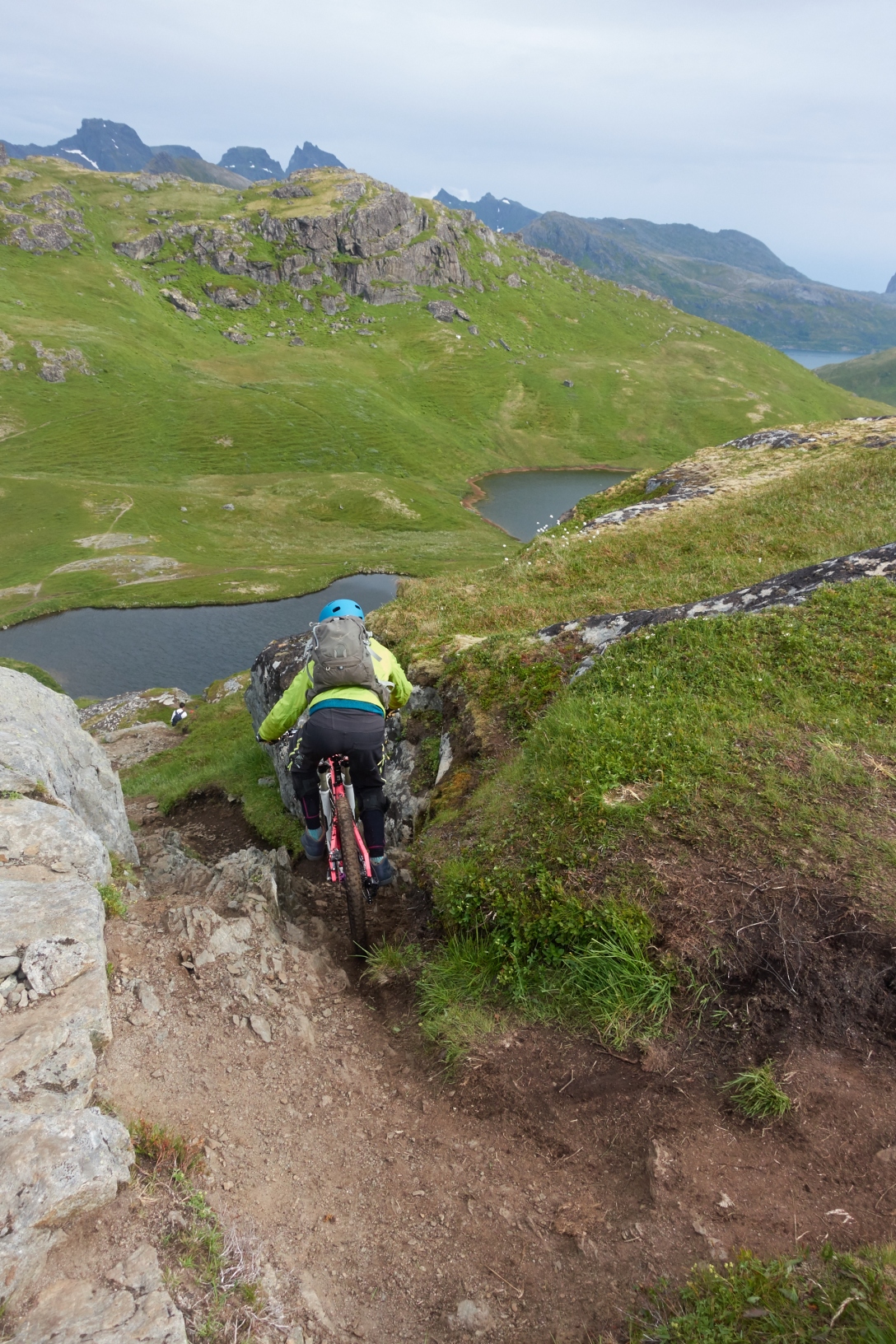 Ryten also turned out to be as over populated by people as Andørja was of flies. In fact, the whole of Lofoten is infested by motorhome tourists. I almost prefer the flies. But I know that I am being selfish. Everyone deserves to see this place at least once. 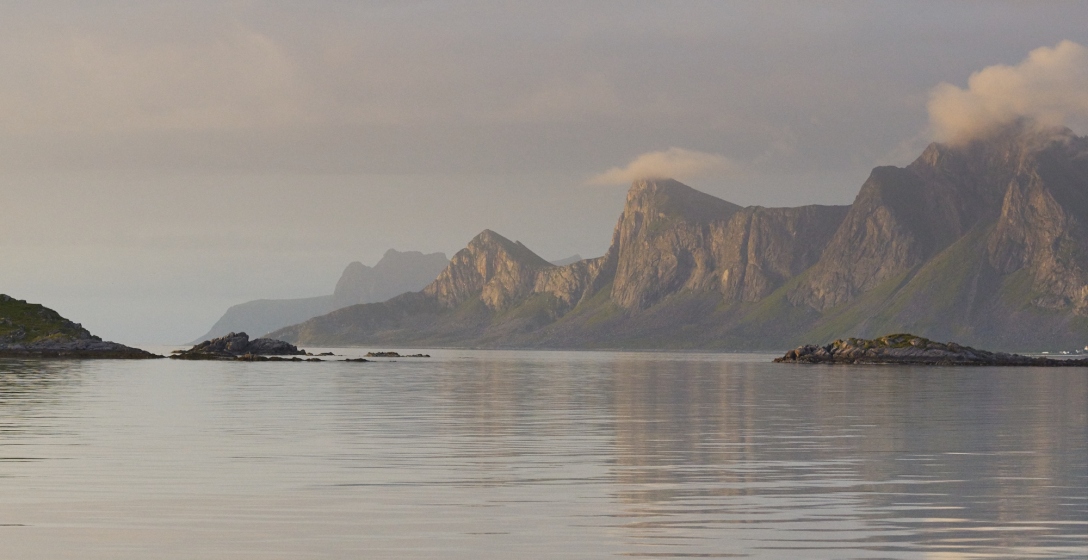 During the next few days, we enjoyed never ending sunsets, while we laughed our guts out at the Swedish crew’s skills in charades and humming of unknown and wellknown songs. 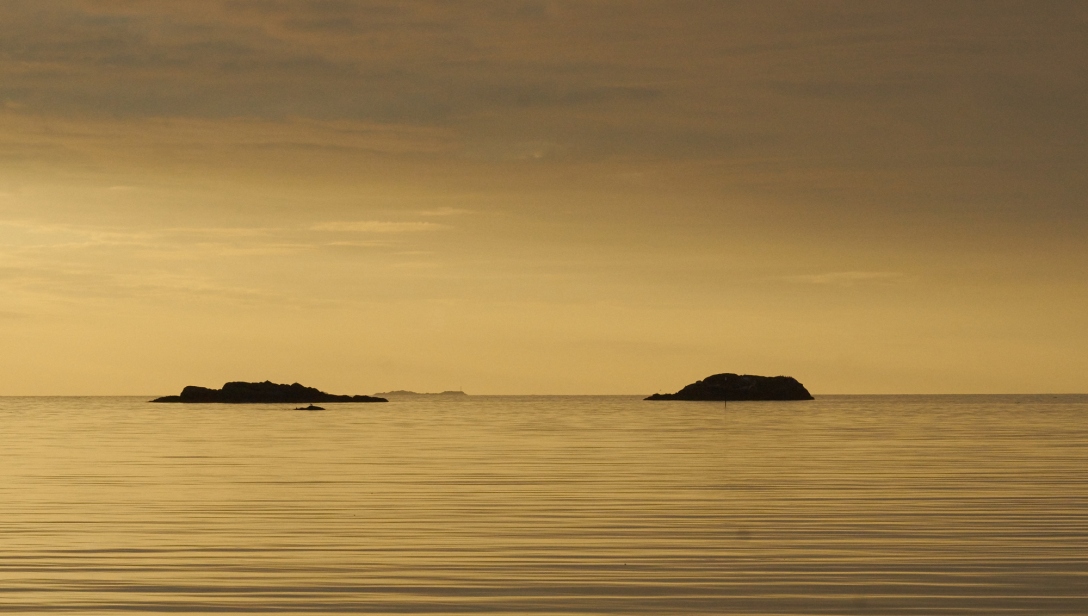 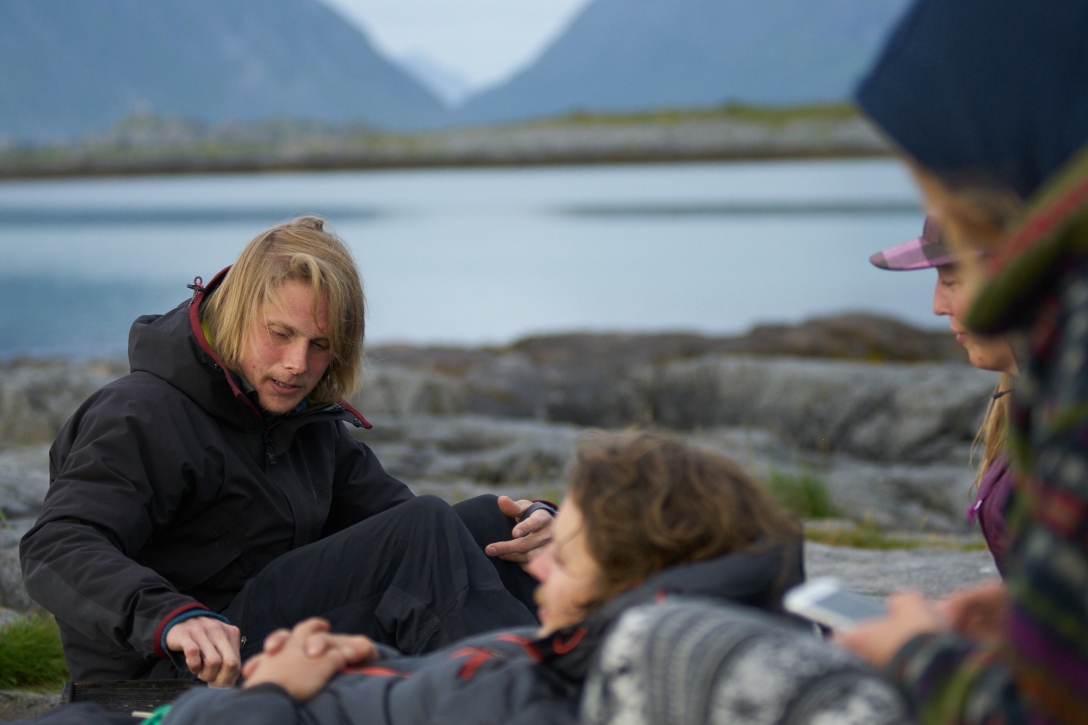 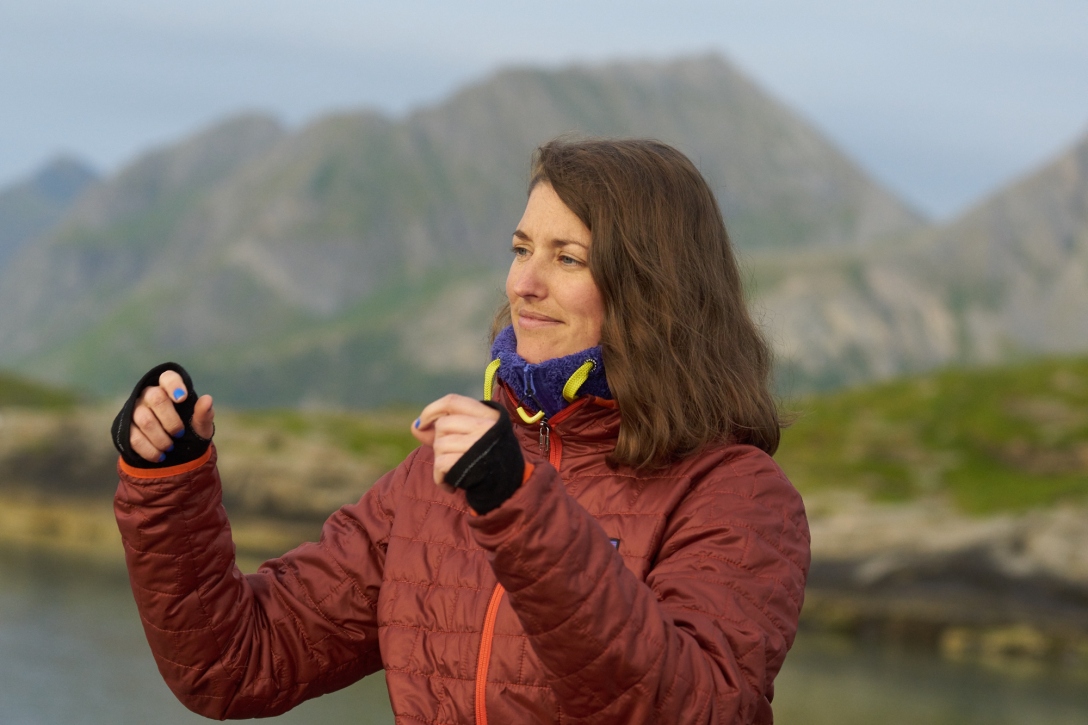 We also explored both wellknown and unknown trails. Most of the unknown ones were unknown for a reason. They were, like Martin would put it, barely rideable.

The wellknown trails were also wellknown for a reason. Crowd pleasers, as Martin would have put it. Well, crowd pleasing can be nice from time to time. In any case, the views were to die for.

Finally, we rode down a semi-known trail, that was both pleasantly rideable, and just barely rideable. We skidded the whole way down, and made some new cute friends at the bottom. Very good fun! 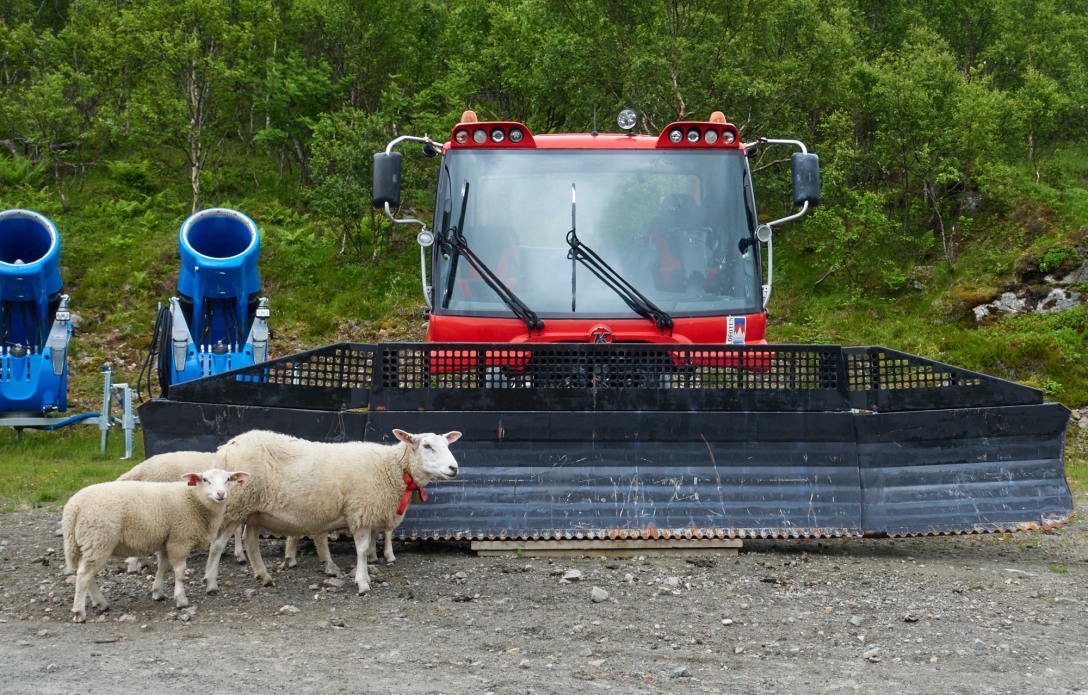 After six days on the road, it was time to head home again. It felt sad to leave the Bygdis Crew, Johanna and Erika, but it did not feel too bad to go home. Afterall, our home is Tromsø. We have the privilige to enjoy Norwegian summer the whole way through, come rain (or snow) or come shine.

Thanks for a brilliant trip, Maria, Jacke, Erika and Johanna (and of course Martin, but you already know it). I had a blast, and I will never ever forget your interpretation of Madonna. Lets do this again, soon!